Dr. Yaeger graduated from National College of Chiropractic in 1993. He received his Bachelor of Science degree in Human Biology from Northern Illinois University. While at Northern Illinois, he was the head student trainer for both the men’s football team and the women’s volleyball team. 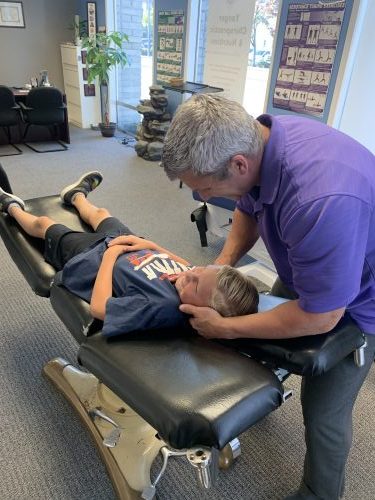 Dr. Yaeger was a trainer at the 1988 Olympic Diving trials.

He acts as a consultant for File View Medical, is an expert witness for malpractice and personal injury cases, and is a preferred provider to State Fund Insurance.

In my junior year of high school, my father took me to his chiropractor after I began to experience lower back pain while playing football. It felt as if bolts of lightning were shooting down my legs when I tackled fellow players in certain positions. The doctor was stumped, and the orthopedist said it was just strain. If I relaxed the muscles, he said, it would go away, but I was not about to hang up my jersey.

My father’s chiropractor examined me, took some X-rays and discovered the problem. With his treatment plan, I was able to continue playing football, a sport I loved.

Now, I had been to a lot of hospitals as a kid, so I didn’t really want anything to do with them, but the results I got from consulting my father’s chiropractor inspired me to pursue the same career path. I could help people and I didn’t have to be anywhere near a hospital.

In college, I traded football for weightlifting and enrolled in the sports medicine program. While helping my fellow athletes, I discovered proper eating and basic nutrition. After graduation from the National College of Chiropractic, I opened my own practice and began helping others with their health problems in the best way I knew how.

At first, I was able to see a good number of patients. Many of my patients referred their family and friends, and even a fair number of doctors added me to their recommendation list as well. I enjoyed each day, from consulting with patients on their back, neck, and/or joint pain, to diagnosing and treating their concerns. As I got further into my career however, I began to notice that a lot of my patients weren’t getting well as quickly as they had been. My treatments were getting better as my knowledge and the practice grew, but I was stumped. Why was it taking longer for my patients to heal?

After much thought, I realized that my patients had other health issues that were interfering with their treatment plans. We were becoming a sicker as a society due to the poor foods, environmental toxins, and increased stress we all faced on a daily basis. Now that I had diagnosed the problem, I needed to come up with a proper treatment plan.

Many hours of research later, I discovered Nutrition Response Testing (NRT), a way to analyze the body to determine if there is a problem and if so, what the cause(s) may be. Some of the problems I encountered included heavy metals, chemical toxicity, immune challenges, food sensitivities, and more. Rather than covering up these problems, I began to learn to treat them directly.

After implementing my new knowledge, my patients began to get better! They consistently told me how good they felt, that they were sleeping better, had more energy, and experienced better digestion. Spurred by this success, I became advanced clinically trained in the technique and have continued to expand my education and evolve my practice to continue to bring my patients relief and guaranteed results.

Graduating from Carrington College in 2009, Bianca has spent the last 7 years working for Massage envy, she has gained lots of familiarity and a love for deep tissue.

Working with Yaeger Chiropractic & Nutrition, she will perform post-adjustment massage therapy for clients as part of a holistic approach to wellness. She likewise, continues to work some days at Massage Envy.

Bianca loves to learn and is happy to come to a clinical setting where she can approach a new client base, exploring her gifts as a therapist!  She begins with traditional technique and works with the client to adapt the therapy to suit the needs. She has become particularly adept at “reading” the client’s body structure. Bianca is happy to perform in all types of massage from structured deep tissue to relaxation.

She originally didn’t know that massage was right for her until she stumbled upon it, this decision has made the last 11 years very exciting and she has gained a love for the natural healing process. She had suffered from her own aches and health struggles, and when she found massage, she realized how much this modality can enable the key to optimal health. Bianca has a big heart and cares deeply for her clientele, we are so lucky to have her join our team! 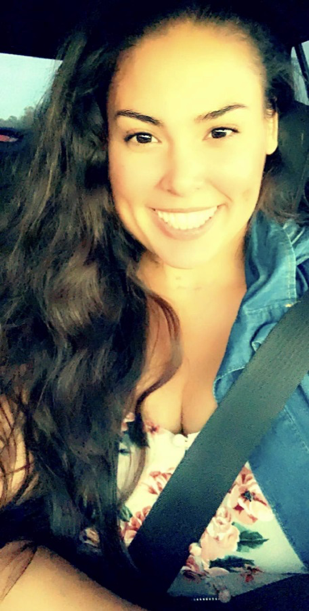